[ad_1]
This part of Pilmuir Street was originally called Bath Street because the baths which Andrew Carnegie had gifted to Dunfermline were there on the corner where Sinky’s pub is now. The majority of buildings in this photograph taken around 1971 are still there and the view doesn’t look much different despite the passage of almost 45 years. The Bath Tavern is now called Coady’s. The sweet shop, Archibald’s, is long gone and is now a newsagents’ shop. The bus was on the town route to Beatty Place. 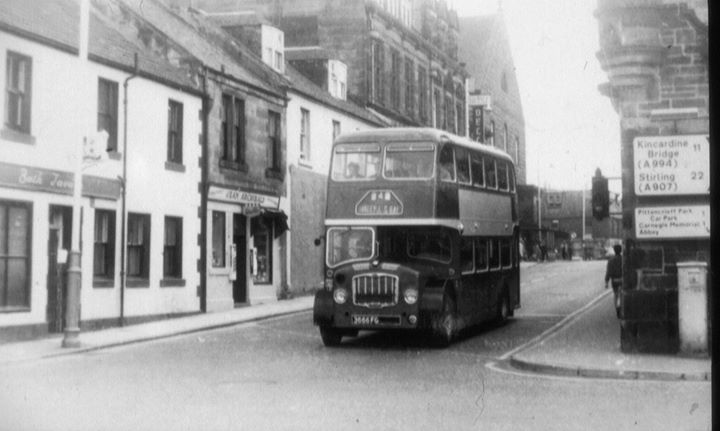