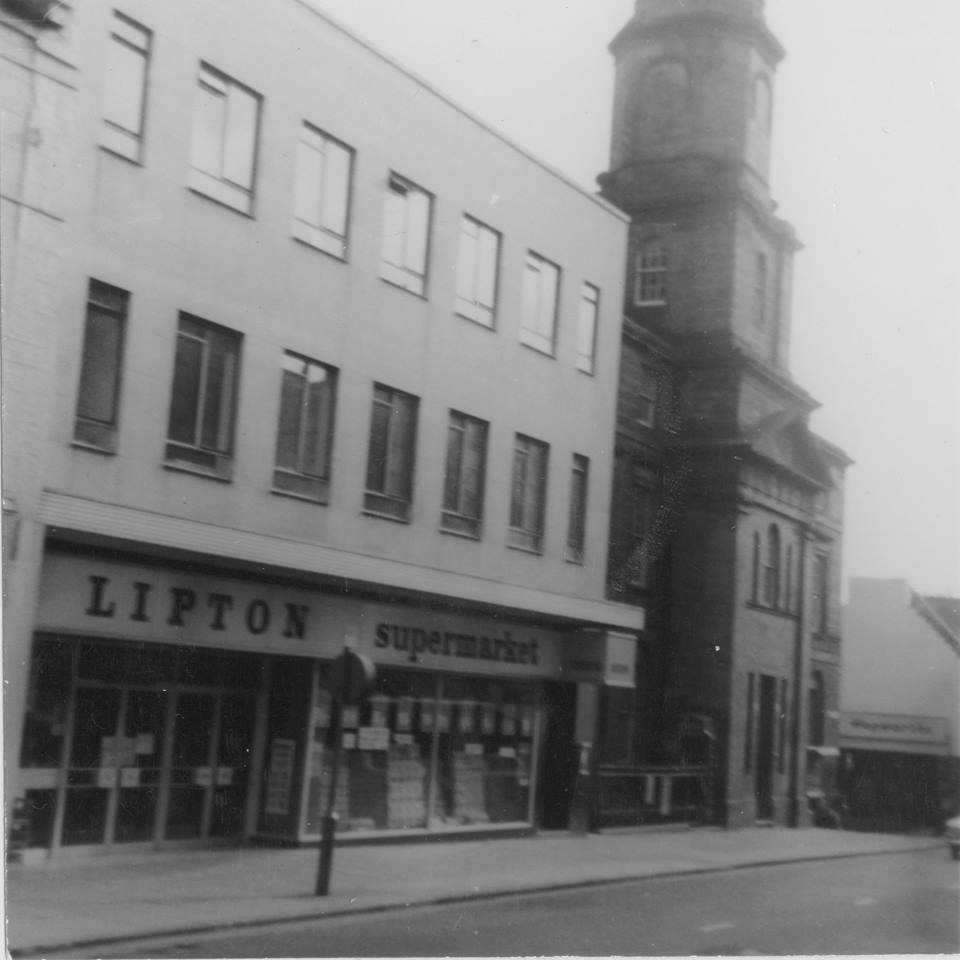 Photograph of Lipton’s supermarket around 1966 built on the site of the old Royal Hotel. The building on the right had its foundation stone laid in 1807 and was used as a guildhall (town hall) and linen exchange. The eye-catching 42 metre spire was paid for by public subscription and added in 1811. It was converted five years later into the Spire Inn before becoming the county buildings and sheriff court, and eventually the job centre in 1993. It was also opened as ‘Whisky Joes’ and ‘Shenanigans’ pubs. In 2012 Wetherspoons renovated and refurbished the building and opened it as ‘The Guildhall and Linen Exchange’.