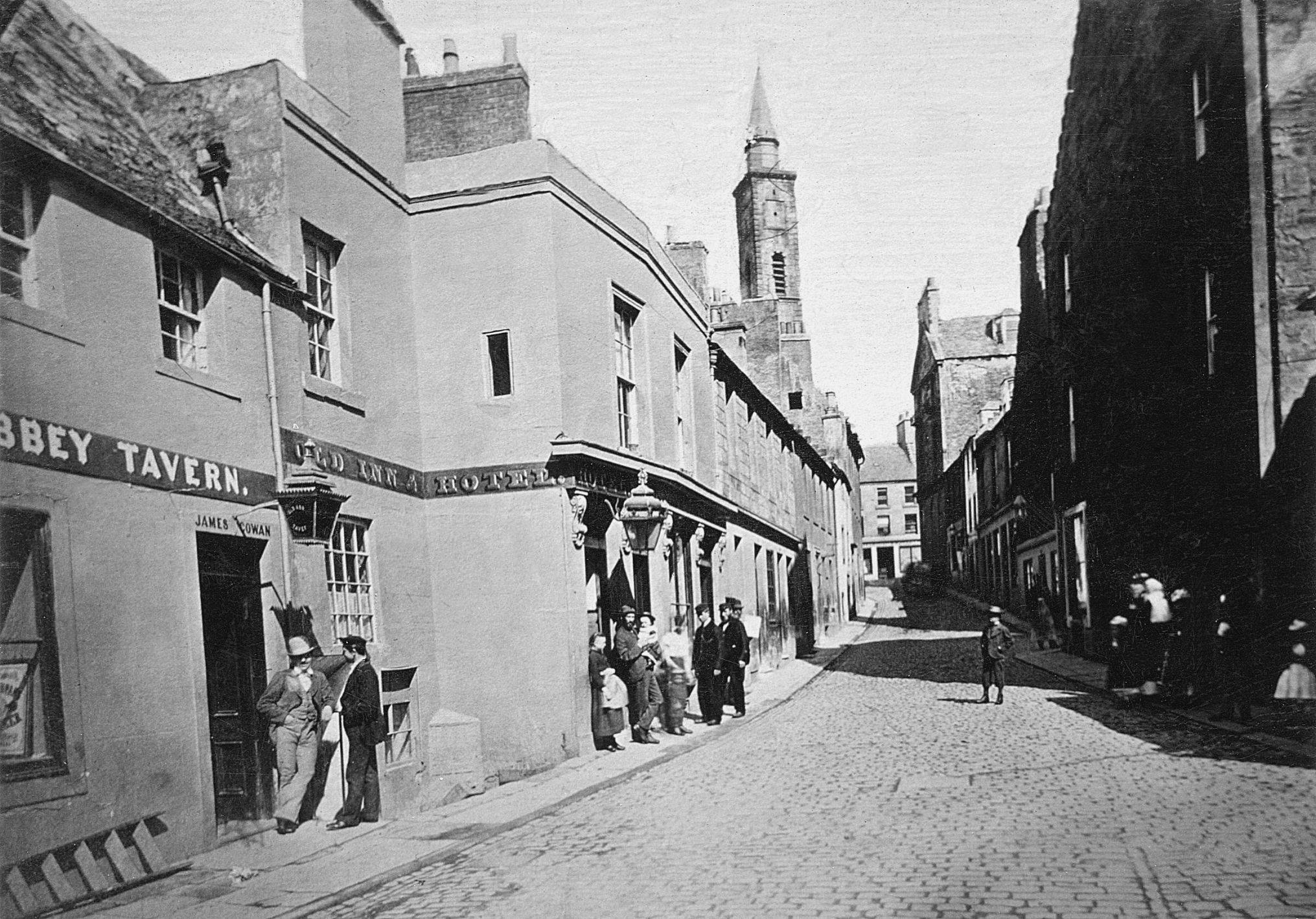 The ‘Old Dunfermline’ DVD featuring old black and white images of Dunfermline over the past 100 years, including a colour film shot in 1974 showing Dunfermline Abbey, the Glen, Carnegie Birthplace and many other aspects of life in Dunfermline is now on sale at Cafe Fresh in the Maygate opposite the City Chambers priced £10. To be in with a chance of winning a copy of this DVD, as well as a £25 voucher to spend in ‘Cafe Fresh’, simply like and share this message and photograph. The image shows the Old Inn and the Abbey Tavern on the left looking towards where ‘Cafe Fresh’ is today on the top right. It was taken before 1875-1879, which was when the present City Chambers replaced the old Town House that is seen in this picture. The winning entry will be announced next week on Monday 9th February.