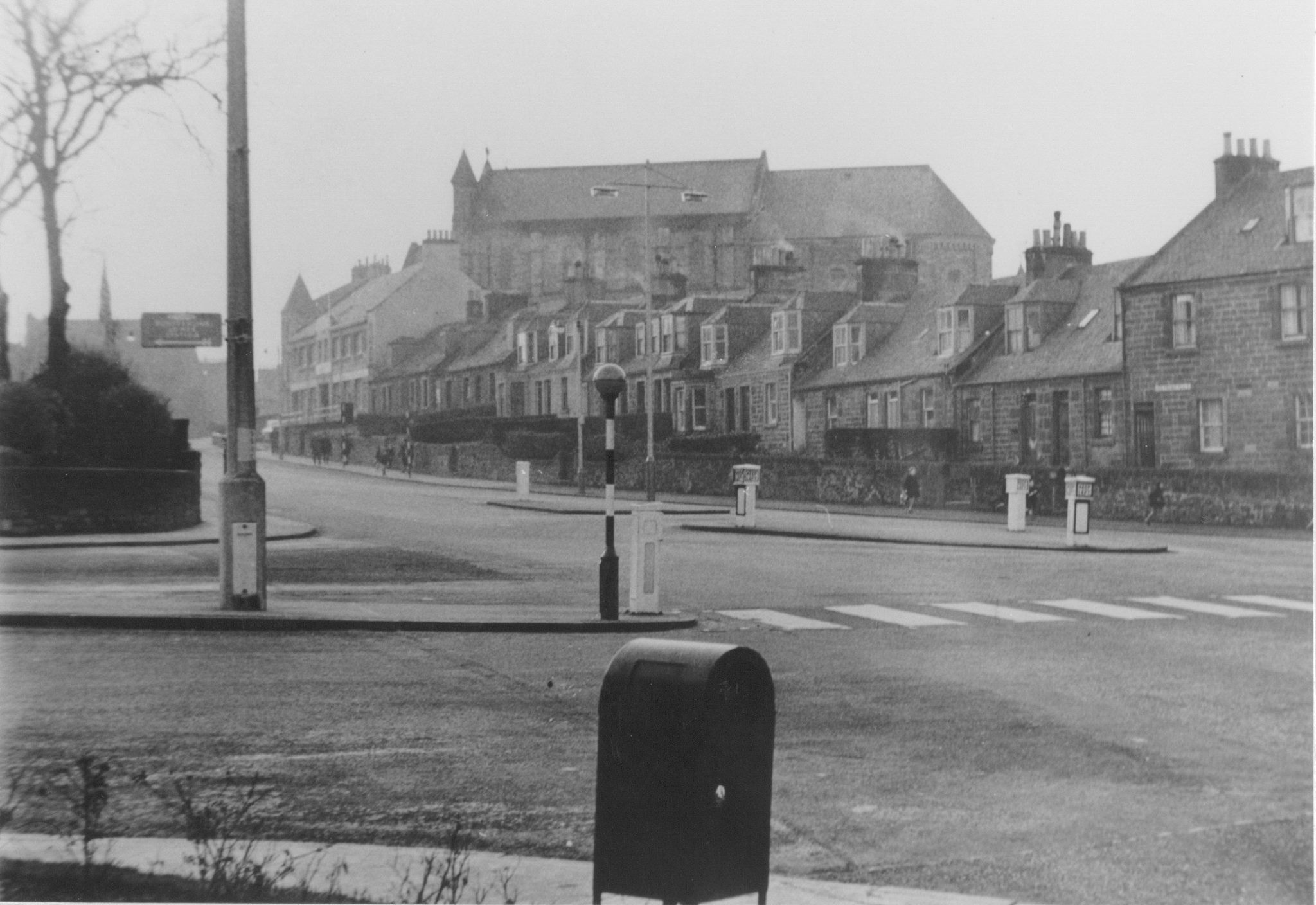 Taken in 1950 looking towards the town centre from the Public Park and is now the site of the extremely busy Sinclair Gardens roundabout. On the left, past the Carnegie Hall, is Viewfield Baptist Church, the spire of which was later removed for safety reasons, and the large building on the right is St Margaret’s Catholic Church which had the rope works in the foreground that later became Grays Furniture Store, as well as a row of housing which is long since demolished.