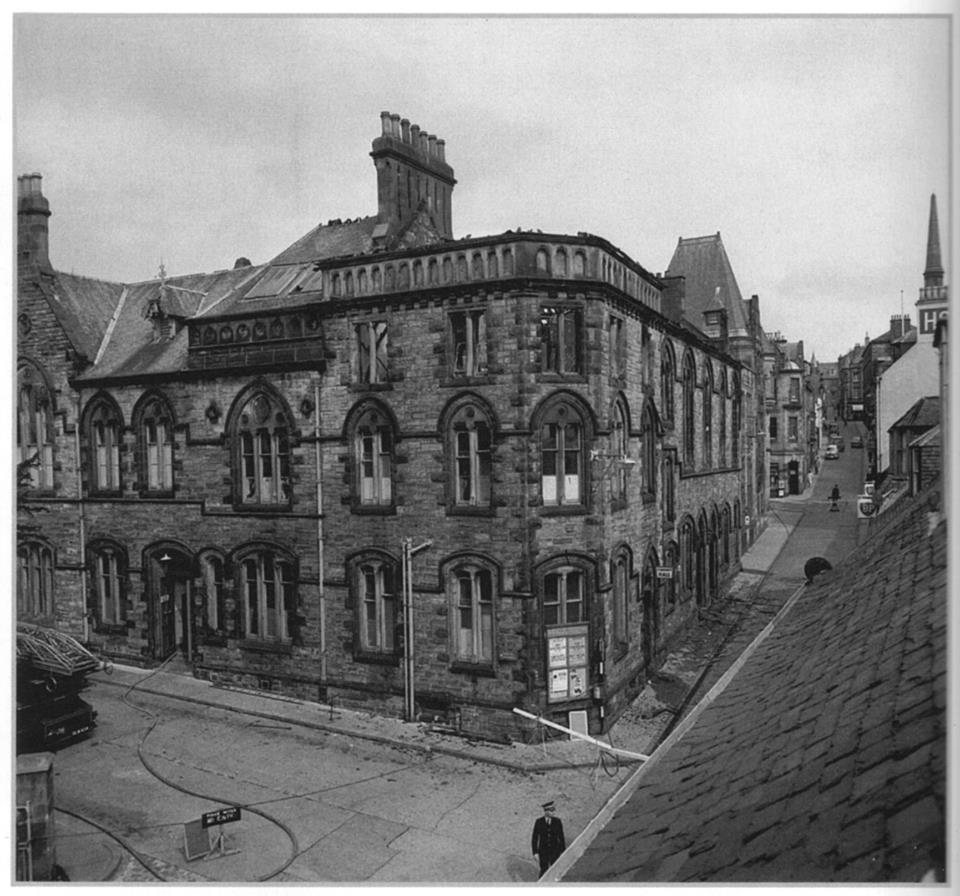 This photograph shows St Margaret’s Hall which was Dunfermline’s primary multi-purpose venue until it was destroyed by fire in 1961 after an evening of boxing. A fire engine can be seen to the left of the photograph and the bill board on the corner of the building still has the poster for the boxing contest displayed on it. The Hall was used for dances, exhibitions, film shows and concerts, and had a large number of rooms that could be rented for meetings. An extension to the Dunfermline Carnegie Library was built on the cleared site.