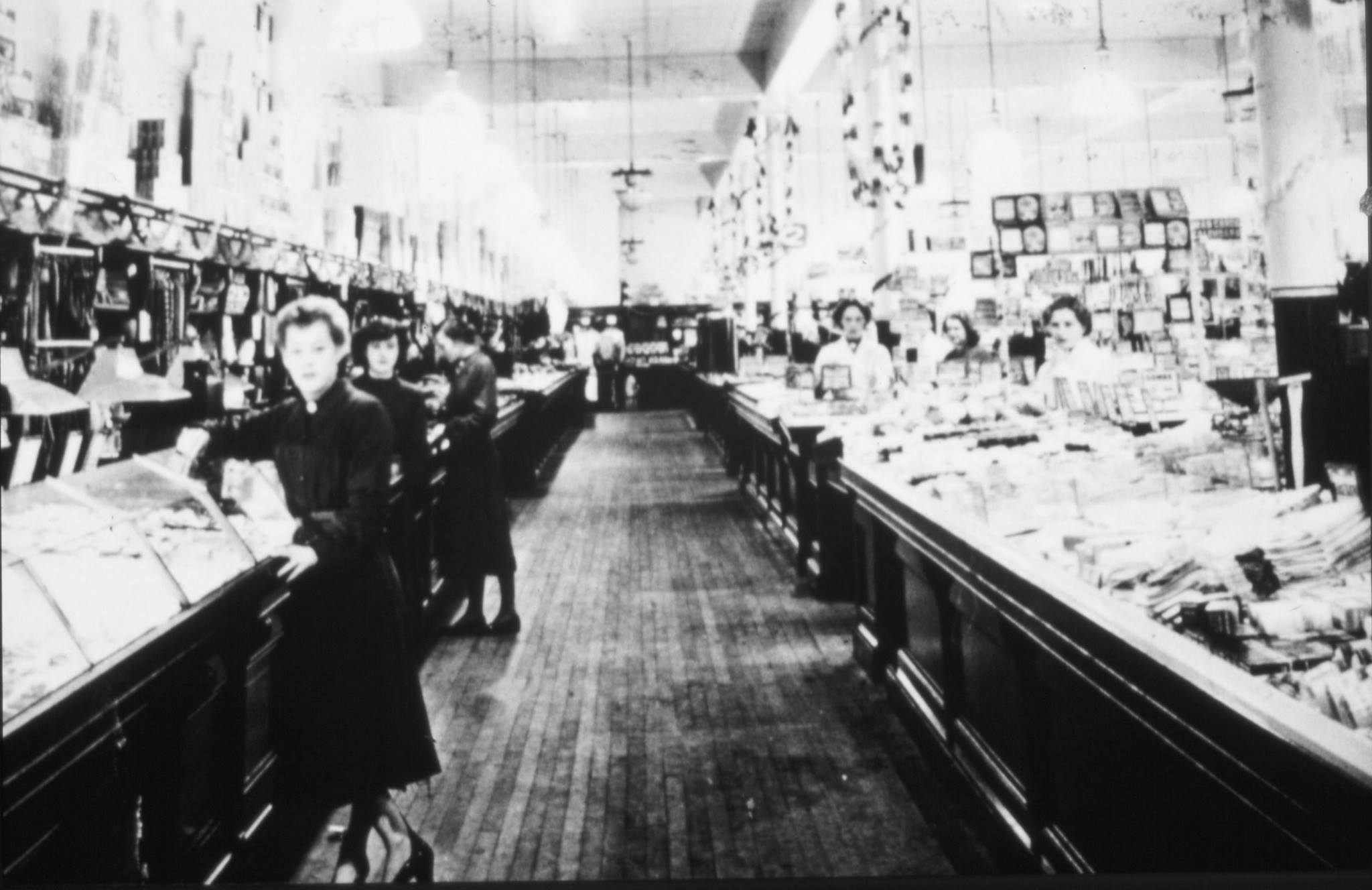 A rare photograph of the inside of one of Dunfermline’s best known shops, Woolworths in the High Street. The company were reluctant to allow photos to be taken to prevent the imitation and copying of their very successful sales methods, although there are many of the outside of the building. This one taken in 1954 shows its long counters and wooden floors before the shop was modernised in the 1960’s and escalators installed. After it was closed it was occupied by Goldberg’s and subsequently Poundstretcher