Photograph of people queuing-in some cases for up to six hours-to get tickets for Dunfermline’s 1961 Scottish Cup Final in which they beat Celtic to win the Cup. Note that the Main Stand of East End Park in Halbeath Road wasn’t yet built. The second photograph shows the victorious team parading the trophy through the streets on an open-top bus. 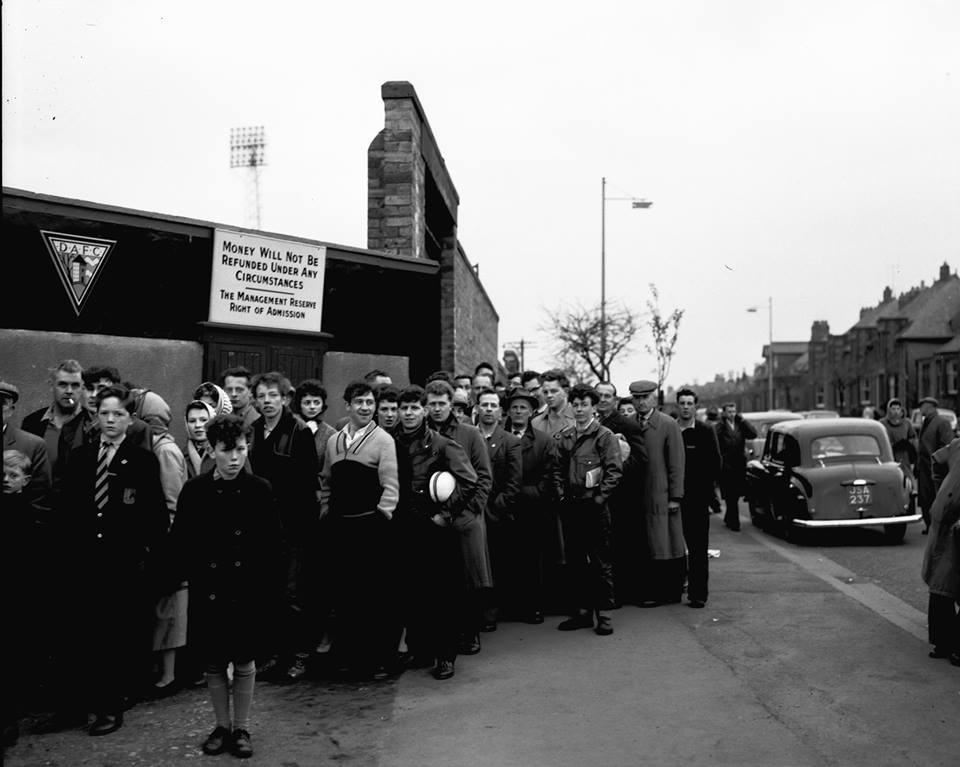 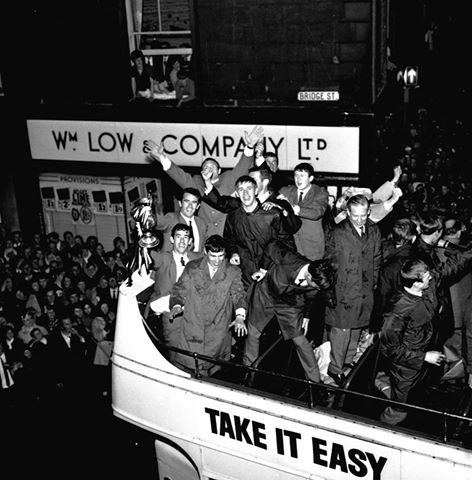