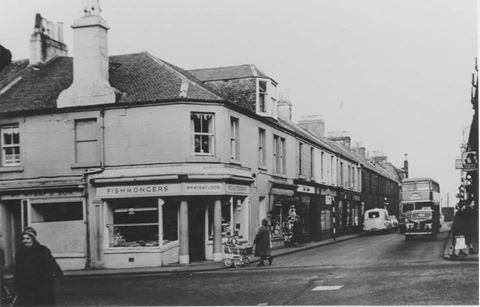 Photograph of Reform Street at its junction with Pilmuir Street from the early 1960’s. All that remains of this street is the pub on the extreme right which was the ‘Bath Tavern’ and is now ‘Coady’s’, and the building that had Dobbies saddlery and leather shop. The area is now a busy roundabout. This short street had another two pubs on two of its other corners, as well as the Opera House and a school, the warning sign for which can be seen. It also had McBay’s fish shop which can be seen on the corner and Ramage’s bakers at the other end, as well as a variety of other small shops.