[ad_1]
Pilmuir Hall was Dunfermline’s first swimming baths gifted by Andrew Carnegie, and later became a public hall when the new Carnegie Baths were built further up Pilmuir Street. The building was later used by the DHSS before being demolished in 1963. Situated on the corner close to the Kinema Ballroom it was later the site of the Castleton pub, and later again, Sinky’s. At the top of the photograph is the Kinema picture house and the Post Office. 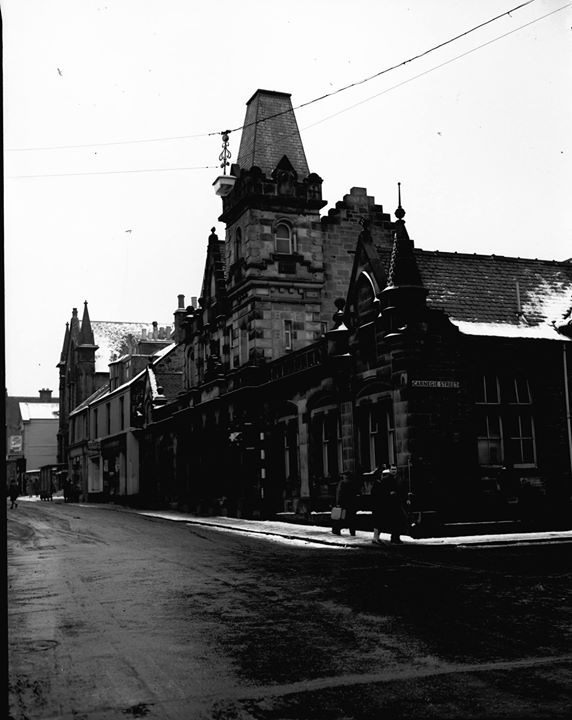